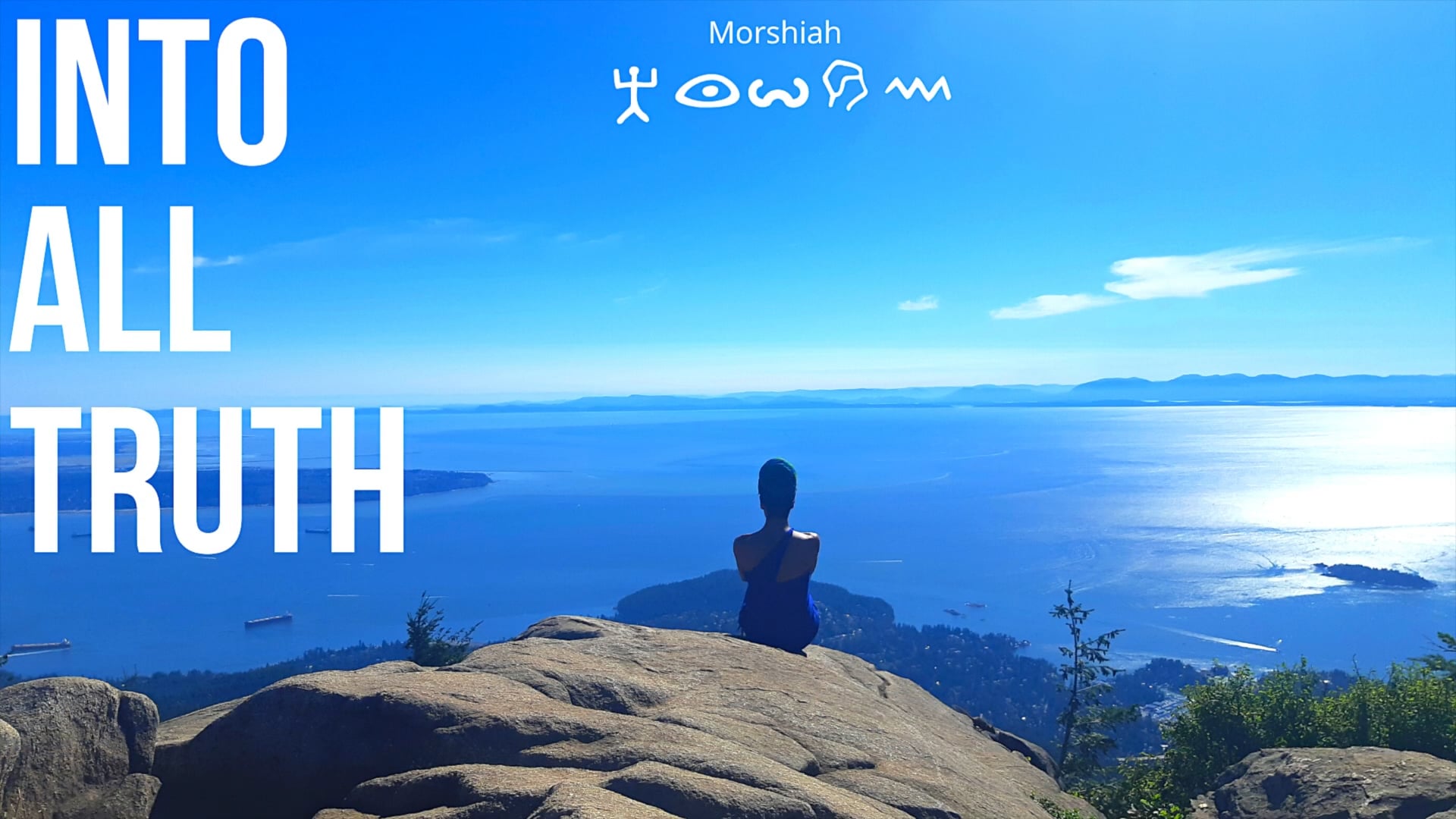 May the Ruach Chodesh Lead You Into All Truth & Show You Things to Come- Jn 16:13

A recurring Membership means you have unlimited access to digital copies of my books, articles, teachings, other Ancient Scriptures, and Books I have used in my research in the form of Pdfs.  CLICK Membeship "BELOW" to access.

about INTO ALL TRUTH

rJohn 16:13 How be it when he, the Ruach of truth, is come, he will guide you into all truth: for he shall not speak of him/herself; but whatsoever he shall hear, that shall he speak: and he will show you things to come.

Your primary leader and teacher in this walk as a Kingdom of Priests is Yahusha in the Aurha Chodesh.  Revlation 19:10

rJohn 16:13 How be it when he, the Ruach of truth, is come, he will guide you into all truth: for he shall not speak of him/herself; but whatsoever he shall hear, that shall he speak: and he will show you things to come.

Your primary leader and teacher in this walk as a Kingdom of Priests is Yahusha in the Aurha Chodesh.  Revlation 19:10 Worship Yahua! For the testimony of Yahusha (the word of TRUTH) is the Aurha Chodesh of prophecy.” No longer will  you learn from teachers of error Isiah 30:20, but journey through our book of rememberance, and return to the ancient path to recieve our inheritance. The way is back to the future Kingdom. And your Leader is Yah. So study to show yourself approved!

We equip you with teaching and history by the Ruach Chodesh to return to Yah via the ancient path and your inheritance. Knowing your history did not begin with the transatlantic slave trade is key to walking into your blessing.   To be Chodesh and set apart the path is revealed again via the word.

We return you to the ancient path by exploring the diaspora’s scattering to the four corners: Israel's scattering through Europe, Asia and East Africa; the Moors building Europe; and Israel's ("negro" line of David, per the Jewish Encyclopedia)  sale into  New World... by ship, as prophecied in Exodus 28:68.

Understand the conditions of return, understand honoring our ancestors is not ancestor worship but our return rests on honoring their righteous ways and CONFSSING THEIR SINS : Leviticus 26:40 And they shall confess their sins, and the sins of their fathers, that they have transgressed and neglected me, and that they have walked perversely before me, 41and I walked with them with a perverse mind; and I will destroy them in the land of their enemies: then shall their uncircumcised heart be ashamed, and then shall they acquiesce in the punishment of their sins... 45And I will remember their former covenant, when I brought them out of the land of Egypt, out of the house of bondage before the nation, to be their Alua; I am Yahua.

Journey through  the masquerade of Stolen Identity.  The story of "the Switch" from Negro to Blanco, when Japheth was called "Yah's people, " and  began to dwell in the tents of Shem. Why? Because  Israel itself discontinued from our heritage, as prophecied in Jeremiah 17:4. So  Esau was able to enslave Jacob and  become, "the end of the world."

Avoid the errors and religion of snake worship, KEMET, YOUR FIRST ENSLAVERS, Edom and Arabia who have enslaved you for 2000 years and  counting. Their feasts and religions (Legions of Dead Rephaim) that severed you from your fathers and replaced your ancestors with  theirs.

But praise Yah, he is "Awakening" his true children, because Jacob is the beginning of the eternal Kingdom that follows. Back to the ancient paths is the way to the Future Kingdom freedom and rest.

Yahsharel Teaching - INTO ALL TRUTH

Scriptural understanding is to be taught only by the Seed of Israel.  Why? "... because unto them were committed the oracles of Yah." Rom 3:2

The diaspora has been living Abraham's nightmare. Having been subjected to  Mind Control as a people, coming out of the deep sleep of death can be confusing.

The Gentiles are now going into captivity

Scriptural understanding is to be taught only by the Seed of Israel.  Why? "... because unto them were committed the oracles of Yah." Rom 3:2

The diaspora has been living Abraham's nightmare. Having been subjected to  Mind Control as a people, coming out of the deep sleep of death can be confusing.

The Gentiles are now going into captivity. The Gentiles had a season of being called "Yah's People." 2 Esdras "The times of the Gentiles are fulfilled," Luke 21:24.  "...including us, whom He has called not only from the  Yahudi, but also from the Gentiles? 25As He says in Hosea: “I will call them ‘My People’ who are not My people, and I will call her ‘My Beloved’ who is not My beloved,” [ sic Gentiles] 26and, “It will happen that in the very place where it was said to them, ‘You are not My people,’ they [True Yahsharel] will be called ‘sons of the living Aluha.’ ” [sic Once again] Romans 9:25.

The only way to the Kingdom you will rule is the "ancient path," knowing your true Abba father whose name is Yah, and the messiah Yahusha. And honoring your ancestors agreement to serve Yah. “We will serve Yahua our Elohim and obey His voice.” Josh 24:24

Revelation 14:6 tells of an everlasting good news preached to the ends of the earth in end times.  Why? Because the true good news has not been taught to the earth since the captivity of Israel.

Understanding Mo'ed's (appointed times) can keep you aligned with Yah's times.  Observing the Mo'edeem or Appointed Times, not Holidays, is keep to hearing from Yah and understanding the times, seasons and his true word hidden in the leven of the nation's doctrine.

Disoriented Diasporans, you may grasp on to the familiar lie that the African Diaspora are Kemet. But the Egyptians, Ammorites and Canaanites who first enslaved Israel, and again enslaved you for the last 400 years.  The misconception that you are of Islam, the people who enslaved your people for the last 2000 years,  or the ancestor worship that was all you had left when you abandonned Yah, and he abandonned you. But our people never  built an empire based on slavery, but one based on righteous kings and priests.

Jermiah 3:15 says, "Then I will give you shepherds after My own heart, who will feed you with knowledge and understanding." We of Judah and Levi  of Israel teach you how to  study to show yourselves approved, to understand  the vast difference between the 3 world religions and truth. Why? Because the truth is that only those who are  "alive and remain," in end times shall  enter the Kingdom!

When we can understand that we walked contrary to Yah, so he walked contrary to us, we can confess our sins and those of our fathers and return to Yah. Then we can truly be saved and be safe in our own land to prosper and rule as kings and priests.  This includes women! Click here to find out why:

Yah is the ultimate and only healer. But he gave us herbs and food laws to combat the diseases the fallen angels sent against the sons of Noah. He is life. Yah is life. ChaYah!   By Yah's scriptures are grounded in function, the word is not abstract, or western. The Hebrew word

Yah is the ultimate and only healer. But he gave us herbs and food laws to combat the diseases the fallen angels sent against the sons of Noah. He is life. Yah is life. ChaYah!   By Yah's scriptures are grounded in function, the word is not abstract, or western. The Hebrew word Chaya means Yah is life, the self existing one.  Or Yah lives. Hypocrities says: the stomach is the seat of health. But the fear of Yah is health to the navel and marrow to the bones. He is his word and command.

"Your Table Shall Be a Snare to You." Key to identifying Israel is by the Deuteronomy 28 curses, and this is just one of them. Hypoccraties said the stomach is the seat of health.  In the Ancient Hebrew mind, the belly is the basin where things are washed and cleansed, like the sea of brass beforethe temple. And 70% of the lymph is in the gut and extends to the pineal gland. Hence what Adam and Eve ate and what we eat matters.

Understanding the Hebraic lifestyle with respect to food, fasting  and health is key to undoing demonic strong holds in our body temple. Auto Immunine Illnesses are a result of living in the Babylonian System and disobeying spiritual and food laws.

Chaya, Eat Life & Fast, is my book that helps you find flavourful  and "fast" ways  to resist the onslaught of  fake foods, sprayed skies, shots and dietary influences that quench our vitality.

Explore our blog, Pillars of Healing, find out more about the Cause of Disease. Physical work outs and walking and being in Yah's creation are essential to life.

BABYLON IS FALLING - Each Man Return to his own land!

Each One Return to His Own Land Playlist!

What does the book of Jubilees say about the lands of Shem, Ham and Japeth? What is the Blessing on Shem? Why are they cursed if they are outside of their lands at the fall of Babylon? Click through to playlist.

Stolen Identities, how Esau took Jacob and  his Kingship, kindred captive, from 700 BC to now. Click through to private playlist.

Jacob is Israel. When Esau gained the advantageuae would break the yoke of Jacob off his neck and over power him and the earth by the Sword. How the Diaspora lost their identity. Click through to playlist.

Get 10% off your first purchase when you sign up for our newsletter!

Ruach Chodesh Will Lead You Into All Truth & Show You Things to Come - Jn 16:13

Copyright © 2018 Live Light Well - Into All Truth All Rights Reserved.

This site is for informational purposes only and does not claim to cure anything or provide medical advice. The creator/s are neither doctors, nor medical practitioners and are not practicing medicine nor offering cures. Nothing on this site should be construed as or considered to be medical advice. Written informaton is a mere collection  of Scriptural, health and educational information.